Managing today’s multi-disciplinary lab environment is challenging in many aspects.

Within this 3-part series we will discuss key methods to address compromised workflow. In this first article, ‘Silos in the Workplace’, we will discuss this key detriment to workflow, particularly with the afore mentioned staffing issues. 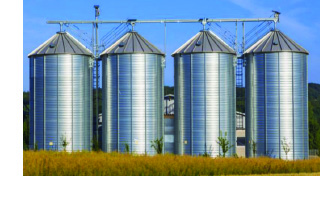 Workplace silos can be defined as sections or disciplines within the laboratory that begin to operate as a distinct, separate part; staffed only by a select few individuals, even one. These section/individuals do not share their individual workflow assignments or operational information with others in the lab, sometimes because they have the required knowledge and competency required for that discipline while others do not. Nonetheless, they become autonomous from the rest of the workgroup. A positive aspect of this is that, when knowledge and experience are concentrated within one or a few individuals, subject matter experts are created. However, individuals or sections become isolated into one aspect of the lab and comes at the expense of cross-functional operations (cross-training). Territoriality and ownership in individuals are oftentimes created, as well as tribalism in sections or departments, e.g., routine embedding and microtomy v/s immunohistochemistry, night shift v/s day shift, etc.

Laboratory silos prevent information exchange and limit sharing of skill sets, technique, and an opportunity for the lab to grow beyond its present state of competency. This becomes an extreme liability to the lab when key individuals are out due to vacation, sickness, personal days, etc.  Others may be thrown into these sections to provide coverage, but typically a certain level of competency is lost because other individuals lack the training or experience to manage the workflow at the same pace as others.  Timely patient care (turnaround time) becomes difficult to maintain. Quality patient care is then compromised. 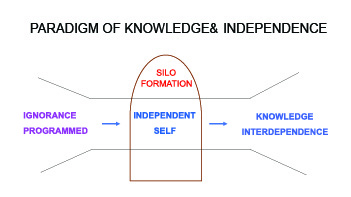 Considering the negative effects of silos, and illustrating how it can impact and compromise workflow, one might ask, ‘How are silos created and why are they so prevalent in the lab’? Interestingly enough, it is a natural occurrence from a new employee integrating him/herself into a new lab environment.  The ‘Paradigm of Knowledge and Independence’ model demonstrates that, when an individual first begins training in Histology, or even if they are experienced and come to a new lab, they are somewhat ignorant to the new workplace.  Not to suggest that they lack intelligence, but instead they lack understanding of the specific practices of that lab’s methods and procedures (MP). The model illustrates that their knowledge level (to the far left of the model) is low. They then become programmed into doing things in accordance with the lab’s MP. As they progressively gain knowledge and learn (moving from the left to the center), they become more independent and self-sustaining. They develop their own technique and are more proficient doing tasks.  This is where the silo is formed. It is in this protective area of confidence in knowing how to perform and master the job, that individualization sets in. It is a form of security. The model continues with the progression to the far right where employees realize that patient care is the objective, and that optimum quality patient care can never be achieved without an interdependence on colleagues and coworkers. For the lab’s workflow to operate optimally, one must move from ignorance, past the security of self, to a common shared practice of working together to achieve the goals of the department. It is a paradigm of ignorance to independence to interdependence.  Unfortunately, the natural progression for most lab technicians is to stop within the security of ‘self’.

Laboratory managers must constantly monitor their labs to identify and immediately address silo formations. While the benefit of highly trained individuals in the lab is obvious, if these things exist in silos as opposed to lab-wide, the lab will continue to operate in reoccurring crisis-mode and will never develop and mature into a highly functioning unit.  Highly efficient workflow will never be achieved to its optimal potential.

In this discussion we attempted to define and identify silos. In the following articles in this series on ‘Workflow Optimization’ we will address the fact that silos are difficult to impossible to tear down.  They cannot be destroyed, but they can be managed. We welcome the readers to see and understand some of the most successful methods to address, manage, and control silos; minimizing their negative impact, and aligning them to work towards the goal of consistent, efficient, workflow.